In Ethiopia, Kenya and Somalia, people are suffering from one of the worst droughts in 40 years. 18.4 million people are on the verge of famine. A new challenge for people already forced to flee in the region.

Except for these three, all my other cows have died,

says Abdullahi Gedi, a 55-year-old displaced herder in Mara-gaajo, pointing to the scrawny cattle beside him. He left his village, Kabtinag, in the eastern Ethiopian region of Somali, because of a lack of water and feed for the animals.

I also had 445 goats and sheep, but now I only have 190 because the others died.

In addition to the trauma of forced displacement, the region is now plagued by rampant food insecurity, and vulnerable populations are particularly affected. Indeed, in Kenya, Somalia and Ethiopia, as many as 7.1 million children are already malnourished.

In Ethiopia, the climatic conditions of the last few years have become alarming: 4 consecutive poor rainy seasons have failed to meet the food needs of both livestock and people in the region. 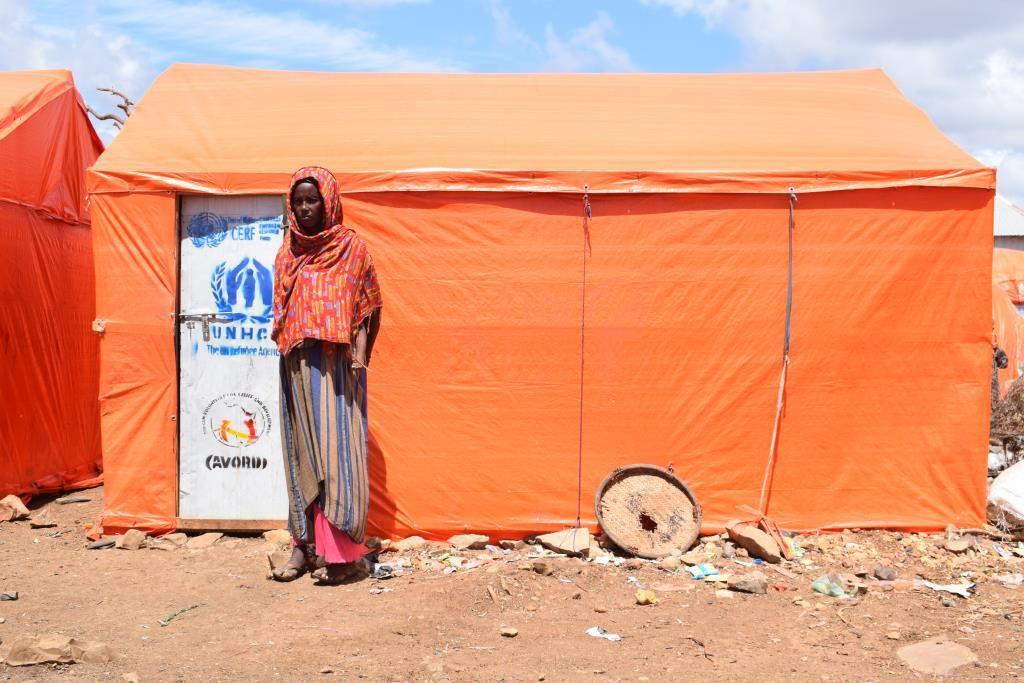 We have never seen a drought like this, it has affected everyone. We call it the 'unseen'. Almost all the villagers have left.

says Ardo, who walked nearly 260 kilometres from his village Kabtinag to Kebribeyah, near the regional capital Jijiga.

Added to this is a drastic escalation in global food prices, a major consequence of the war in Ukraine. Many African countries, such as Ethiopia, Somalia and Kenya, are heavily dependent on these imports.

UNHCR is setting up shelters, food and water supplies to assist internally displaced people and refugees in the region in this critical situation.  Nevertheless, the needs are growing:

The aid we have been able to provide falls far short of what is needed to meet the survival needs of those affected. Together with the authorities and partners, we will continue to ensure that displaced people have access to water, shelter and basic relief items, and to provide transport for those who choose to return home with their livestock.

says Abdullahi Sheik Barrie, a field associate at UNHCR's Jijiga office. Almost 42 million Swiss francs are needed to urgently respond to a situation that risks turning into widespread famine in the region if nothing is done.

UNHCR is closely monitoring the situation and operational updates are available on this portal.