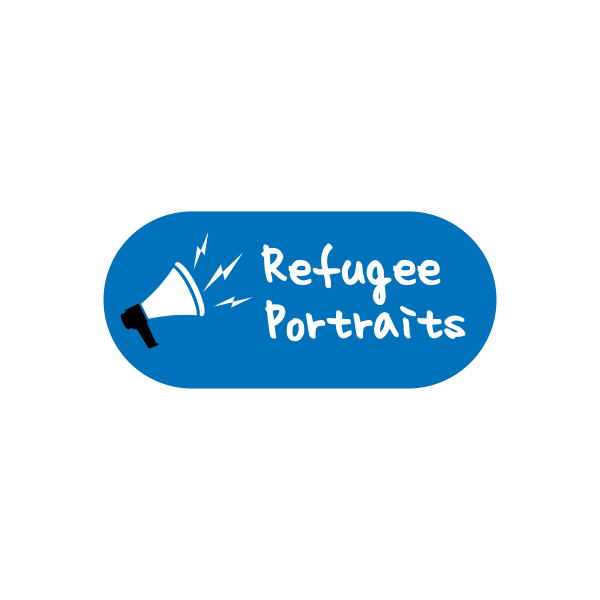 On the occasion of World Refugee Day in June 2021, we have started a new series of articles: " Refugee Portraits". With these articles, we want to give refugees a voice so they can tell us about their experiences, their journey and their relationship with Switzerland. For the fourth article in our series, we met Awadil*, who had to flee Pakistan 28 years ago, where his life was in danger. He was granted asylum in Switzerland, where he now works as a social worker helping other refugees and asylum seekers cope with their new reality. We asked him a few questions about his experiences.

*For security reasons, the name has been changed. While Awadil does not fear for his safety in Switzerland, he wants to avoid this interview causing problems for his relatives and family in Pakistan.

I grew up in a middle-class family in Pakistan. During my childhood, I was able to see the conditions in which our people, especially children, had to live. I experienced the dichotomy of our society where children from richer families could go to school while the poorer children had to work for their families. This always made me wonder why I was allowed to go to school and why the children who played with me in the evening had to go to work the next day. Even later I discussed this question again and again with my peers.

After graduating as a lawyer, I entered the legal profession where, together with young colleagues, I launched various legal advice and education projects for street children within our organisation. In particular, we were very active in the field of women's and children's rights and against slavery. For this, we led many investigations and conducted numerous campaigns to free many families from slavery through court cases. As our activities grew, we then also started campaigning against the influence by politics and the affluent classes of society. We also found out a lot about how the camps and private prisons worked and how the rich people exploited these families. We always fought against that. As time went by, the pressure on us increased and we got into trouble until finally I had to leave the country because it had become too dangerous for me. I had no other choice. I ended up in Switzerland, where I started my new life and integration into society.

Tell us about your journey to Switzerland.

The journey in and for itself was not a problem for me. I was used to travelling from my visits to seminars and conferences as a lawyer. But when I left my country, I only had a visa for Switzerland. When you leave your country with the idea that you are leaving for an uncertain period of time and arrive in a country with no contacts and uncertainty about your future, it is emotionally very stressful. I have suffered a lot in this situation.

What was your first impression of Switzerland?

When you arrive here, you leave everything behind in your home country, including your qualifications and career. If you want to integrate, you have to start everything from scratch. When I arrived, I first had to overcome my psychological and health concerns, because I had lost everything and had to start over from zero. I also had to go through the whole process around my status as a refugee. You are then suddenly confronted with a new culture, a new language, new mindsets. You are isolated, experience flashbacks and are plagued by fears. I was facing a new life, a new struggle. My qualifications were not recognised and I was forced to start something completely new. I wanted to integrate here, but since my education was not recognised, I had to learn a lot of new things and struggle on. I also had to do lower paid work, but fortunately I was then admitted to university and was able to graduate with a bachelor's degree in social work.

After many years, I could say I had achieved my goal, but in the beginning it was very difficult to find my way around. I was confronted with many different attitudes, both positive and negative. At work I met many very friendly and sympathetic people, but also had to go through many racist experiences. I was both insulted and praised. I received a lot of support, but I was also discriminated against again and again.

After 28 years, what is your impression of Switzerland today ?

It is still very similar. Depending on who you are dealing with, the reactions are very different. The prejudices are still big and the discrimination has even increased in some cases. At the same time, I also see many very positive aspects. But if something happens involving one person, it can happen that whole groups of foreigners are lumped together.

You are now a social worker for the city of Winterthur. Can you tell us a little more about your work and what it means to you ?

My job deals with people with a migration background, refugees, asylum seekers, but also rejected asylum seekers or Sans-Papiers. We follow different rules and regulations for asylum seekers or social welfare laws depending on the status of the people. Specifically, depending on the status of my clients, I take care of their maintenance, as well as housing and food to cover their basic needs. If the families have children, I also take care of their enrolment in school, which is wonderful in Switzerland because all children have the same rights. Primary education and health coverage are guaranteed here, and I also organise financial support for all of the clients.

For people who have the status of refugee or are provisionally admitted, I have to set objectives for their integration into the labour market. In this regard, depending on their background and level of experience, German courses as well as training and further education are also offered. Our goal is always achieved when someone is able to make the leap into the labour market and also to integrate socially. For asylum seekers and rejected asylum seekers, our hands are unfortunately somewhat tied by law. For them, we are only allowed to take care of their basic needs as well as maintenance and food. I am also in contact with schools, doctors, insurance companies and integration projects that support us in these areas.

How do you think refugees are perceived in Switzerland ?

In every society, in addition to individual feelings, there is also a collective opinion. Very often, this social perception is influenced by the media. A society is characterised by a multitude of individuals, all of whom may have a different perception of refugees and migrants. There are also sometimes incidents that can have a negative impact. There can be disputes with neighbours, often also due to prejudices. But there are also a lot of people who very much want to help, like right now with the crisis in Ukraine, where we receive a lot of offers from private people to take in refugees. Many are also committed to helping migrants from other crisis areas. I encounter both phenomena.

We have many old and young women, single mothers with children, also lone individuals - lots of sad stories. Many are not able to come to terms with their fate immediately. Every person with a refugee background suffers a lot, I would like to underline that. Fleeing is not a hobby ! It is the last resort. Many suffer from the memories of the traumatic situations they experienced in their home country. Many get scared as soon as they see people in uniforms. Others start trembling when they see ketchup-red paint because it may bring back memories. For many, it is difficult to focus on integration with such mental stress. It is a long process and they need time to stabilise. I am very happy to be able to work in this field. It allows me to maintain contacts with locals, work with volunteers and promote projects together. I meet very many sympathetic and empathetic people who are very active in helping people and living their lives for others, for the environment and nature.

If you could give a message to the Swiss people, what would you tell them ?

Imagine you had to leave your country. What would you expect in your host country? It is simply empathy. My message is that empathy is very important and that people with a migration background or refugees should be approached positively. These people may have very sad stories behind them. Give these people time, try to support them. Other cultures also have their values and validity.

Is there anything we should have asked you ?

People, nature and the environment are very important. We have to start with ourselves and do something good for us humans. This already starts when you greet someone in the street or offer your seat to an elderly lady in the bus, when you get along well with your family and neighbours and think and act positively. That is what people should do.