After the match in December against FC Basel, the Swiss Foundation for UNHCR and Servette FC reiterated their common attachment to Geneva, the headquarters of the United Nations Refugee Agency and the city where the Convention relating to the Status of Refugees was adopted in 1951. During the match against BSC Young Boys on 1 March, Switzerland for UNHCR and the theme of forced displacement were in the spotlight. We took the opportunity to ask Philippe Senderos, former Swiss national team player and internationally renowned player, a few questions. Philippe Senderos began his professional career with the Geneva club before moving on to Arsenal, Valencia and AC Milan. He is now back in his hometown and has become the sporting director of Servette FC. He talks to us about his and the club's support for people forced to flee.

Alphonso Davies at Bayern Munich, Eduardo Camavinga at Real Madrid, or Nadia Nadim, Miralem Pjanic or Dejan Lovren have been refugees. What doors can football open to those who have sometimes lost everything ?

We know that football is an incredible vector of passion, it allows values to be transmitted and it brings people together around one thing: the passion, and the round ball. I think that it allows the integration of many people who live complicated situations. 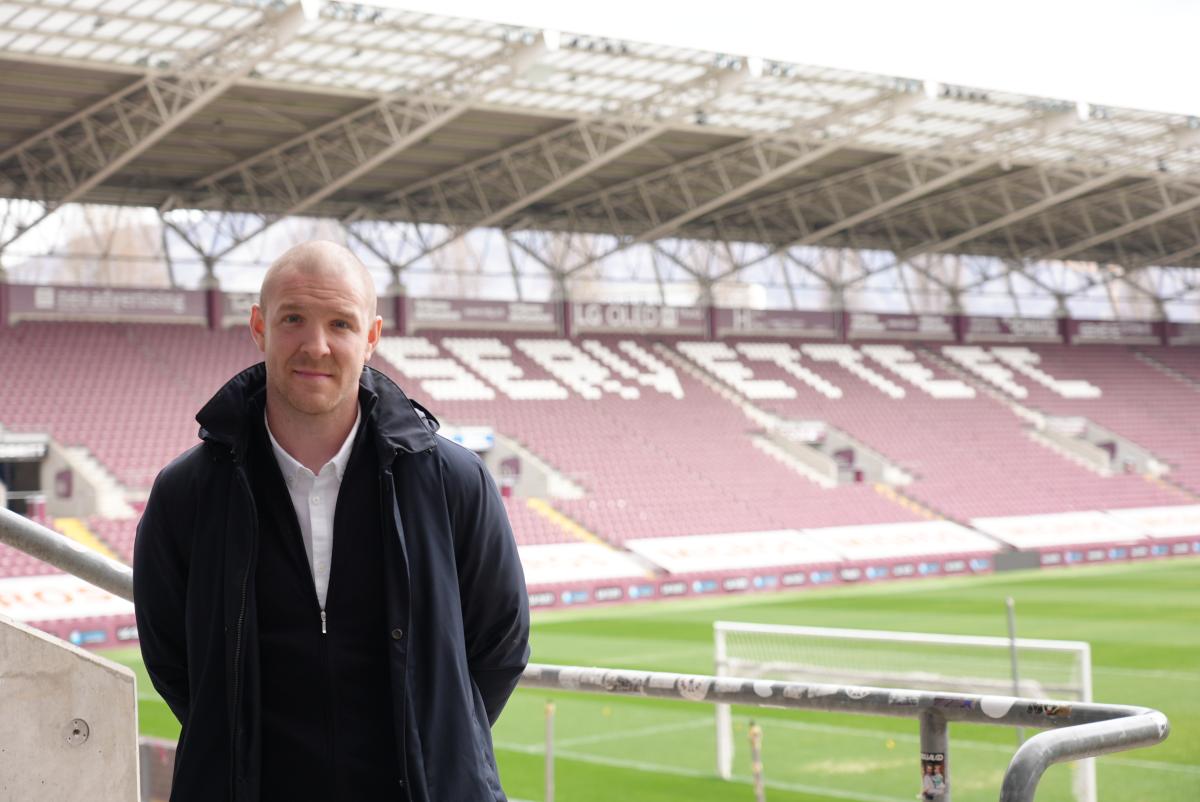 Philippe Senderos is the sporting director of Servette FC since 2020. ©Switzerland for UNHCR
And conversely, what can refugees bring to the world of football ?

In view of the situation that these people leave behind, it allows them not only to integrate but also for the people in the host country to realise that there are situations that are different to their own, to be open. This is a richness, because in a group, to have someone who has experienced things that are different to ours can give us a different vision of life and of group life.

Many important instruments and bodies for the protection of human rights, including the Convention relating to the Status of Refugees and UNHCR, are closely linked to Geneva. Is it a source of pride for you as a Swiss and as a Genevan to be able to continue this commitment to people forced to flee ?

It is a great pride. I too come from two immigrant parents who met in Geneva and stayed there, so I could feel that, but it also allowed me to know that Geneva is a city that welcomes, and that Switzerland is a country that welcomes. Football has really allowed me to integrate even more into society, and Geneva is really one of the most important cities in this respect. At the club we have a lot of different nationalities in our training centre, so in our own way we participate in the integration of foreign populations in our city.

We are very proud at Servette to be part of this movement and to represent Geneva with UNHCR.

A special edition of a football has been created as part of the partnership between Servette FC and Switzerland for UNHCR. All proceeds from the sales of this football will be donated to the UNHCR's response to the families forced to flee Ukraine.

Buy your ball in the Servette FC shop or on their online shop!
To the online shop 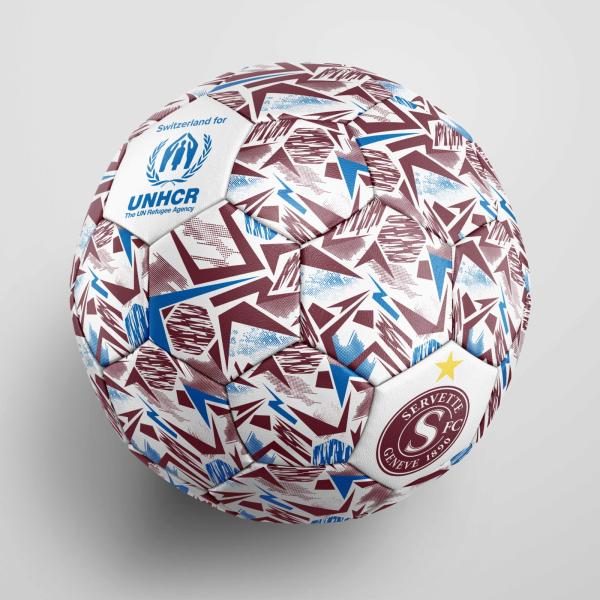