On 29 June, a very special football championship was organised by UEFA and UNHCR, the United Nations Refugee Agency. The Unity Euro Cup pitted eight teams representing eight national football associations from different European countries against each other at the Colovray Stadium. What made this tournament so special?  The teams, most of which were mixed, were mainly made up of refugees living in the host countries whose football association they represented. Here is a look back at the tournament, which was all about inclusion.

Behind this initiative, there is UEFA's will to put the inclusion of refugees at the centre of its sustainability strategy, formalised by the cooperation protocol signed between the association and UNHCR in 2021.

The first edition of the Unity Euro Cup took place last Wednesday in Nyon, where UEFA has its headquarters. Refugee teams from Austria, Germany, Italy, Malta, the Republic of Ireland, France and Switzerland competed under the sun. Dominique Blanc, President of the Swiss Football Association was present and underlined the importance of this kind of event:

The message of the Swiss Football Association is very clear: football for everyone, everywhere, and at all levels. Everyone is included. In Switzerland, we can count more than 330'000 licence holders, and 45% of them do not have a Swiss passport. This represents more than 182 nationalities. Football in Switzerland has always been a powerful tool for integration, and a tournament like the Unity Euro Cup symbolises this integration for us. 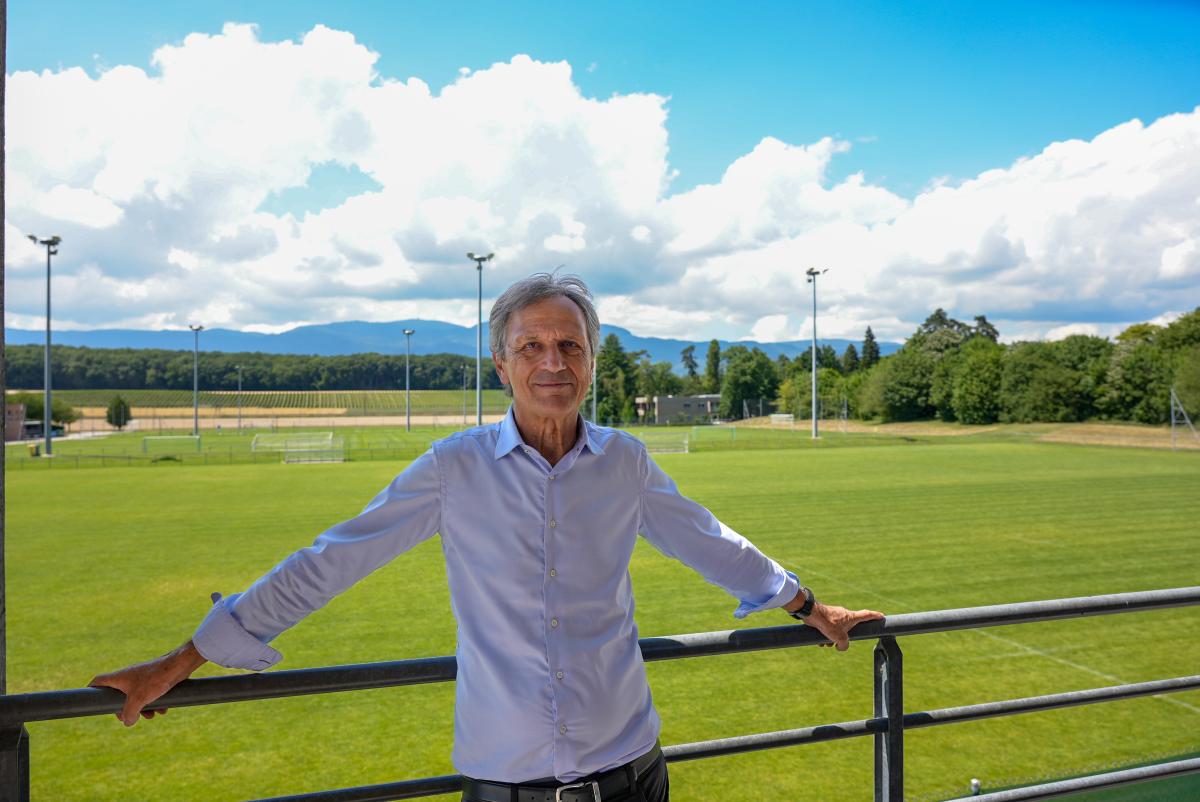 Each team was accompanied by an ambassador from the world of professional football. For the team representing the Swiss Football Association, it was the current coach of the Swiss national team, Murat Yakin, who accompanied the group. It was an opportunity to affirm that the doors of football remain open to those who have sometimes lost everything, but also to celebrate the contribution that displaced people can make to the world of football. 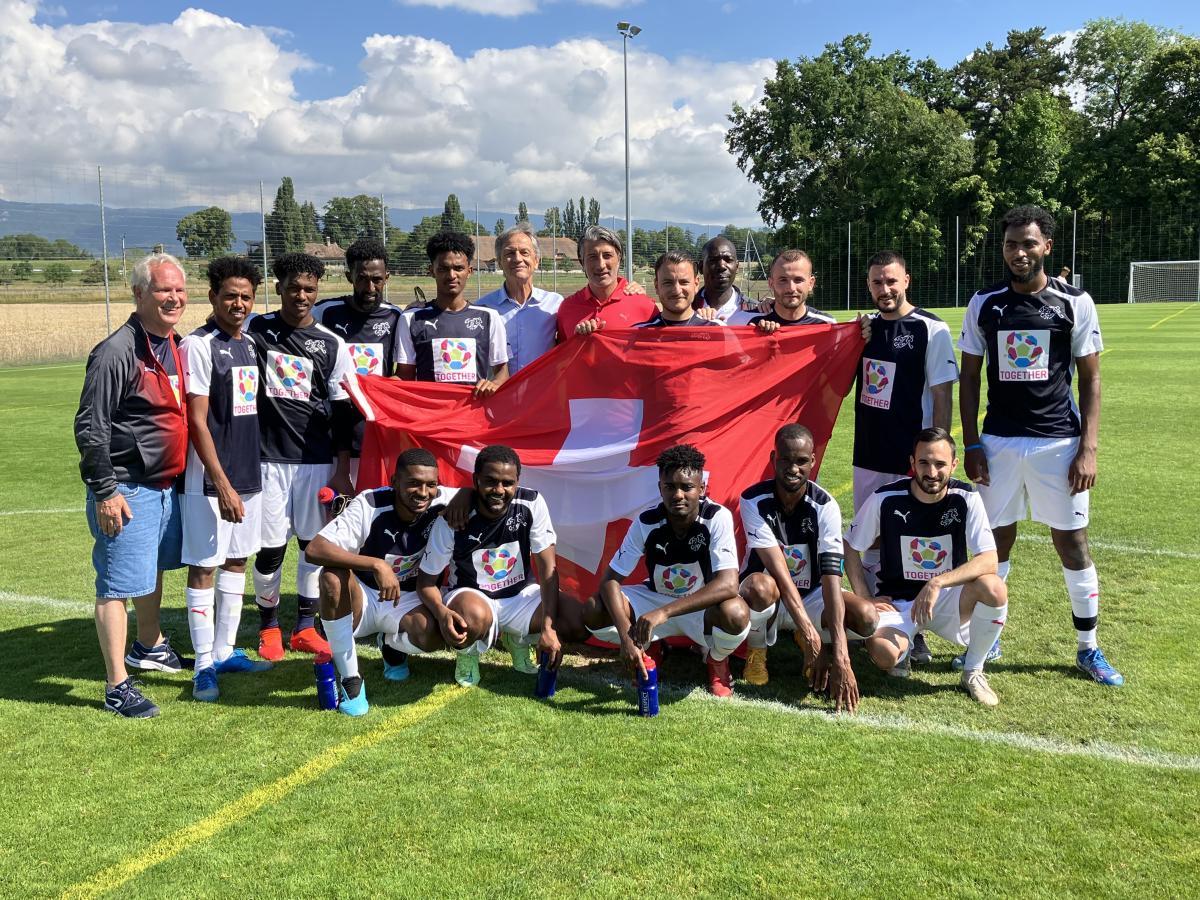 Football is undoubtedly a universal language. There are people of all nationalities here, who speak different languages and sometimes don't necessarily understand each other. As I was saying when I arrived on the pitch earlier today, when you can't understand each other, speak football!

adds Dominique Blanc. The final of the tournament was between Switzerland and Germany, and it was the latter that won the game in a penalty shoot-out after an intense and eventful game. The match was refereed by Roberto Rossetti, referee of the 2008 European Cup final between Spain and Germany, and was watched on site by hundreds of spectators. 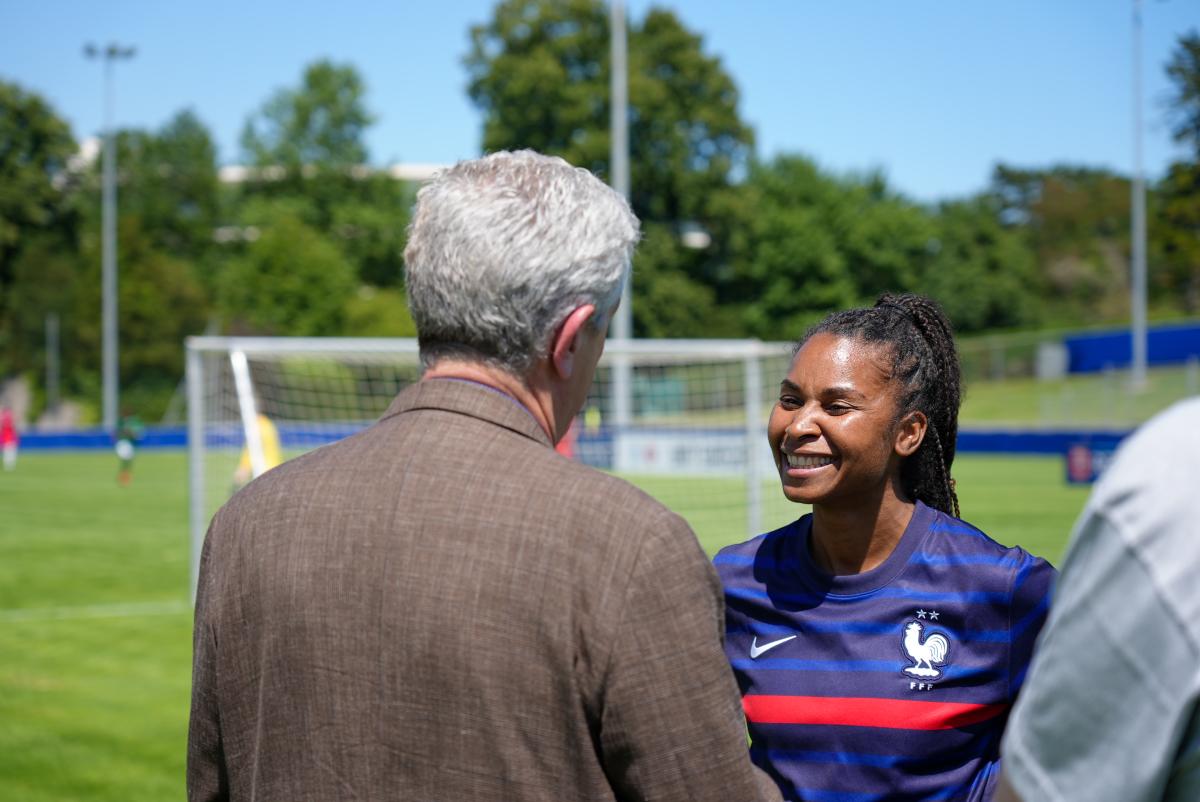 Filippo Grandi in a discussion with Laura Georges, ambassador of the team representing France. ©Switzerland for UNHCR

Filippo Grandi, the United Nations High Commissioner for Refugees, was in the audience and wanted to highlight the importance of this collaboration, but also the global message that the football world's support for the refugee cause sends:

When people are forced to flee their homes, they don’t leave behind their aspirations and interests. Sport, and football in particular can play an essential role in helping to create a sense of normality, especially for children and youth, enabling them to adapt to their new lives, be included in their new communities, and reignite their hopes and dreams.

In line with this statement, refugee children from Ukraine accompanied the entrance of players in the final. At first they seemed a little intimidated by the official ceremony, but big smiles soon appeared on their faces, reminding the audience that before being refugees, refugee children are first of all children.

No one chooses to be a refugee, but we can all choose to help them. From individuals to institutions like UEFA and Servette FC, everyone can do their bit to make the lives of those forced to flee better - the ball is in your court!