It was an emotional moment for Sayed Mohammad*, one he had long been waiting for: after 6 years away from home, the 70-year-old father of six and his wife were finally able to return to their home in Marja, in the southern province of Helmand, Afghanistan.

Forced to flee conflict between the Taliban, the coalition forces, and the former government, Mohammad was relieved when the war finally came to an end this past summer. Having been internally displaced for years, the end of the war meant he and his family could finally go home.

But the joy and relief were short-lived. The town they returned to was empty; most of its inhabitants had been displaced during the past decade. The desolation there is a testimony to the dire situation the country’s inhabitants are faced with today. Mohammad’s home, like many in town, was partially destroyed during the fighting. Only one room still has a ceiling. It’s the only room available for the family to shelter in during the cold winter.

"We’ve put the door back, but it’s freezing at night."

While destroyed homes and harsh winters are big challenges the Afghan people has to face, they are unfortunately only the tip of the iceberg. 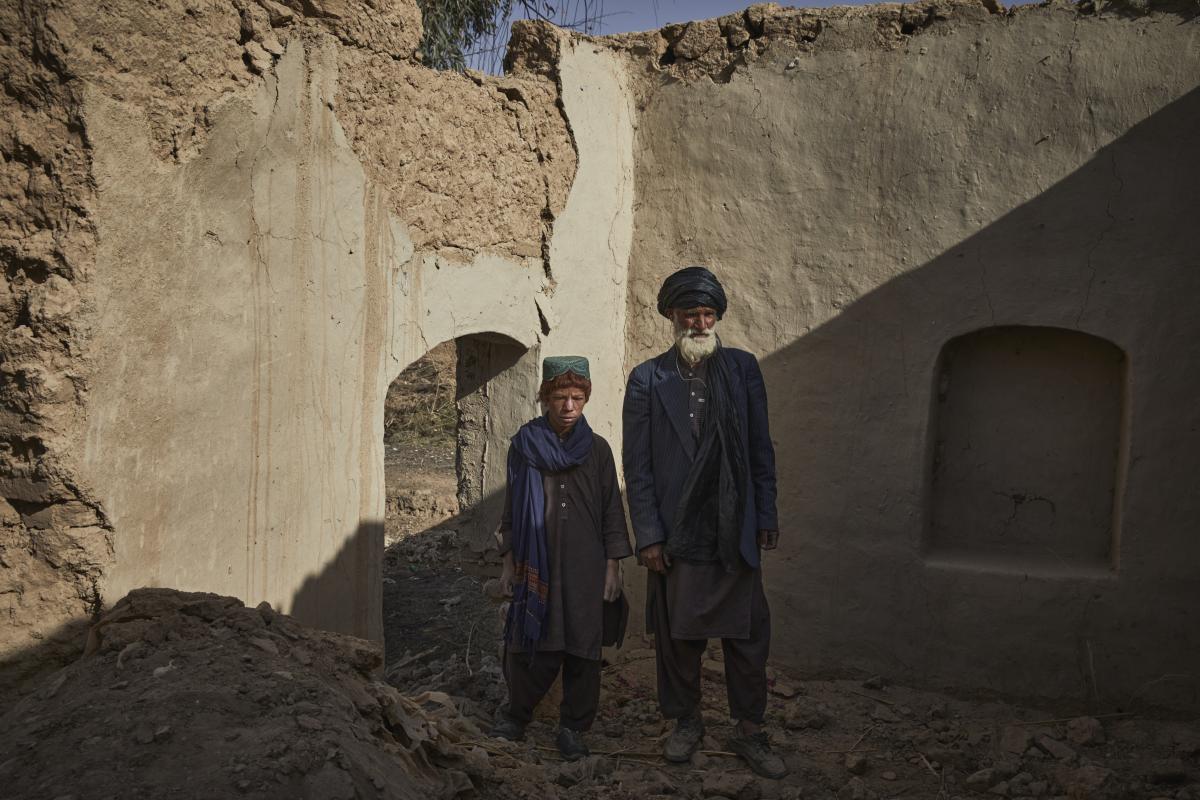 The family, displaced for six years, returned only to find their home in ruins. © UNHCR/Andrew McConnell

Food scarcity and malnutrition threaten the lives of millions of Afghans. The UN World Food Programme is sounding the alarm: currently, only 2 percent of the population have enough to eat, and more than half of all children under five are at risk of acute malnutrition.

"Sometimes we get vegetables, but mostly we are living on bread and tea. All the children are hungry,"

explains Mohammad. In Marja and surrounding towns alone, approximately 2,000 children could die from malnutrition. Unfortunately, this phenomenon is quite widespread in Afghanistan: in conflict areas, when the supply chain is disrupted and farmers have to flee their land, food becomes unavailable. However, the levels of food scarcity today are at an all-time high, and the projections for 2022 are harrowing.

A country hard-hit by climate change

The war atrocities and the trauma linked to displacement notwithstanding, Afghanistan is one of the countries most affected by climate change. The southern province of Helmand, home to Mohammad’s family, is no exception. In a region where a large part of the population relies on agriculture to survive, water scarcity has become a life and death issue. 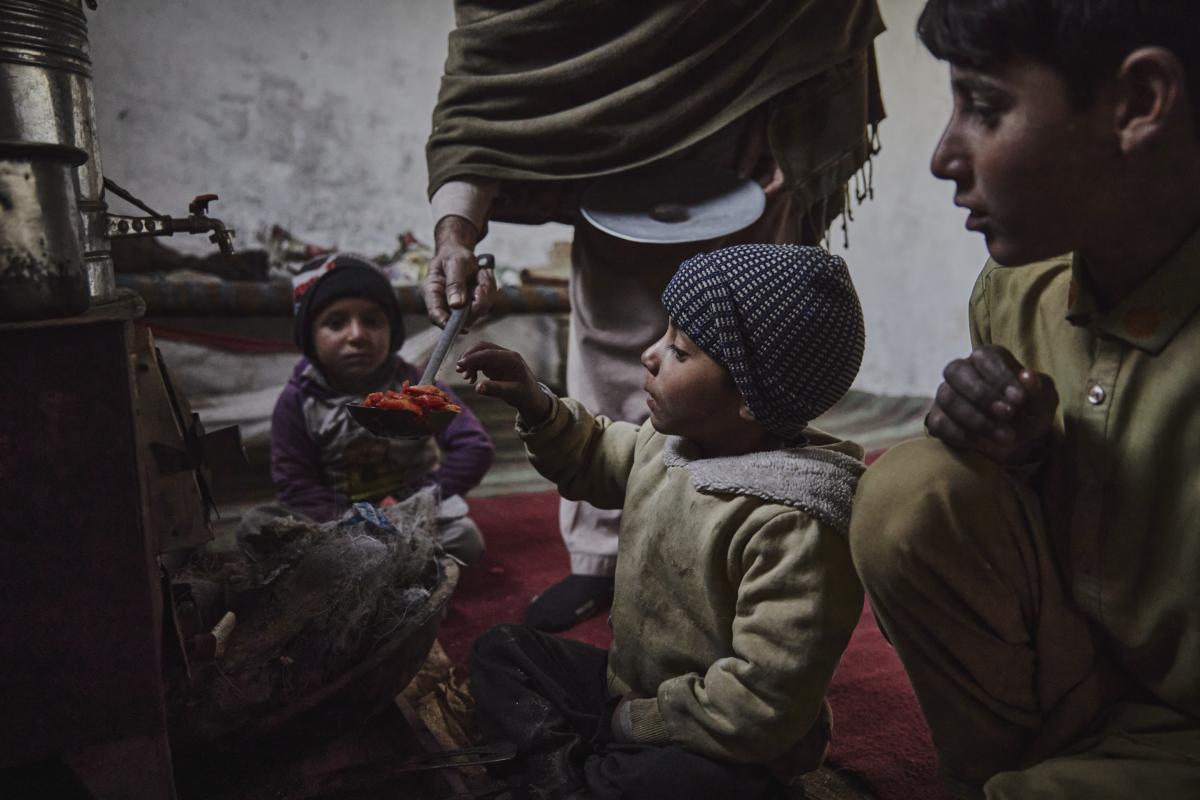 This past year, temperatures reached new peaks in Afghanistan, and the long droughts have killed off crops and soils. The solar pump solution, which allows farmers to draw water from deep under ground, is both limited in time and only available to few. When it does indeed rain, the soil is unable to absorb the quantity of water. Heavy rains erode the soil, causing landslides that sweep away entire houses.

After being finally able to return home, former IDPs like Mohammad now fear that their land might become uninhabitable because of the effects of climate change. Another resident of Marja explains:

"If the water stops for good, we’ll have to go to Iran or Pakistan. Or we will just dig graves for ourselves."

Marja and Helmand represent only a fraction of the tragedy that is unfolding everywhere in the country today: after decades of war that have forced people to flee, the Afghan population is once again on the move, no longer fleeing conflict, but the combined effects of climate change and economic collapse.

“All of our youth are leaving, what else can they do?”

In light of the desperate situation and prospect for the Afghan population, the United Nations and non-governmental organizations have launched a joint response plan to deliver humanitarian aid to 22 million people in Afghanistan, and to support 5.7 million displaced Afghans in neighbouring countries. The humanitarian response plan, launched this January 11th, needs CHF 4.6 billion in funding.

The massive plan aims to tackle the most severe and imminent threats to the Afghan people: food insecurity, malnutrition and decaying livelihoods. The coordinated response is the most adequate solution to provide vital aid to a population that has already endured too much and now finds itself on the brink of collapse. More than ever today, the international community’s support is needed to avoid a worsening humanitarian catastrophe.

*Names have been changed for security reasons.