It has now been 6 months since the Russian invasion of Ukraine started. 6 months of violence which have cost thousands of lives and forced millions to flee their homes in search for safety. While the conflict drags on and winter approaches, millions of displaced people will face harsh conditions to go through the cold months. UNHCR Associate Shelter Officer, Kostyantyn Dmytrenko reports from the field on how the situation has evolved in the previous months, and what is to be expected next.

With the approaching winter, I travel to villages in the Kyiv and Chernihiv regions every day. In these areas, fighting was intense, and in the first months of the war, many houses – and in some cases, entire villages – were completely destroyed. Makariv district in the Kyiv region, for example, consists of 17 villages, and eight of them were occupied by the Russian armed forces for over a month. Residents of these areas need a lot of assistance to have shelter ahead of the winter, and, as the shelter team, we help with direct repairs. We also distribute emergency shelter materials like tarpaulins to protect the homes from rain, wind and snow, as well as essential household items like fridges. And the broader UNHCR teams support through providing protection services, legal assistance and psychological support. 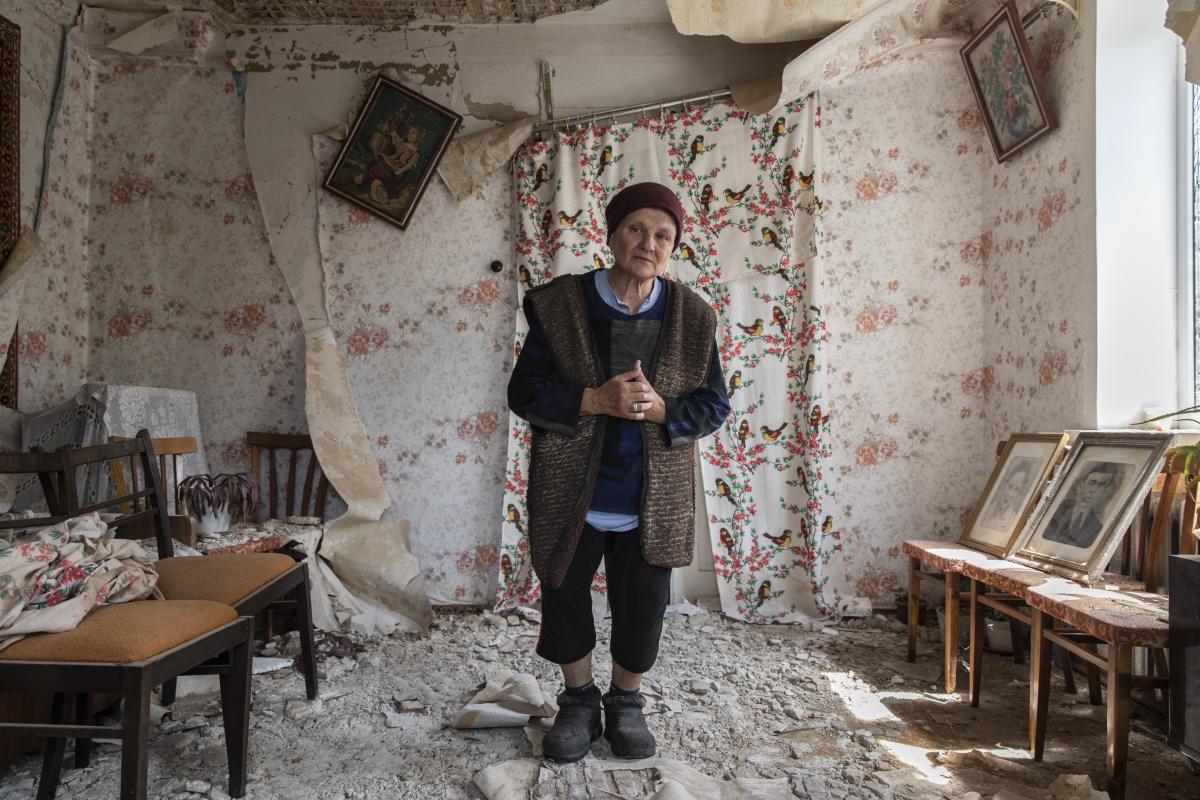 Liudmyla, 65, stands in the ruins of her home in Makariv in the Bucha district of Kyiv Oblast. © UNHCR/Andrew McConnell
How has the war affected your work?

The war has greatly impacted the lives of millions of people in Ukraine, including UNHCR staff and myself. Even before 24 February 2022, the humanitarian needs in the Eastern regions of Ukraine were significant. Due to the war and massive displacement of the population, humanitarian needs occurred in other parts of the country – first in Northern and Southern areas and later in Western and Central regions. For instance, in the last eight years, UNHCR had repaired more than 25,000 homes damaged by fighting in Eastern Ukraine, but now many more buildings are damaged and will need to be repaired. Essential items such as mattresses and blankets are still very much needed to support those who have lost their homes and are now staying in collective centers or private accommodations.

How are winters in Ukraine? What are the challenges the cold brings for displaced people?

Winters in Ukraine are very cold, even in the Southern regions. Temperatures can drop to negative degrees Celsius in the North and East. We are very concerned for people living in the most affected areas in light of the upcoming winter. Many cities and towns in Ukraine have centralized heating plants that serve thousands of homes, and now that the plants have been damaged, people will have no access to heating. Also, many homes have damaged roofs and windows, leaving residents exposed to cold, rain and snow. Many families will struggle to buy warm clothes, pay for utilities or buy solid fuel for heating as many lost their jobs and livelihoods and as the war brought about an economic crisis. We need to work to help ensure that homes are properly rehabilitated and insulated to protect people against the freezing temperatures and the snow.

People have already suffered so much from the war; there has been a loss of life, jobs, livelihoods, civil infrastructure and assets. The winter could bring greater challenges and at UNHCR, we will take all necessary steps to complement the efforts of the Government to respond to these challenges. 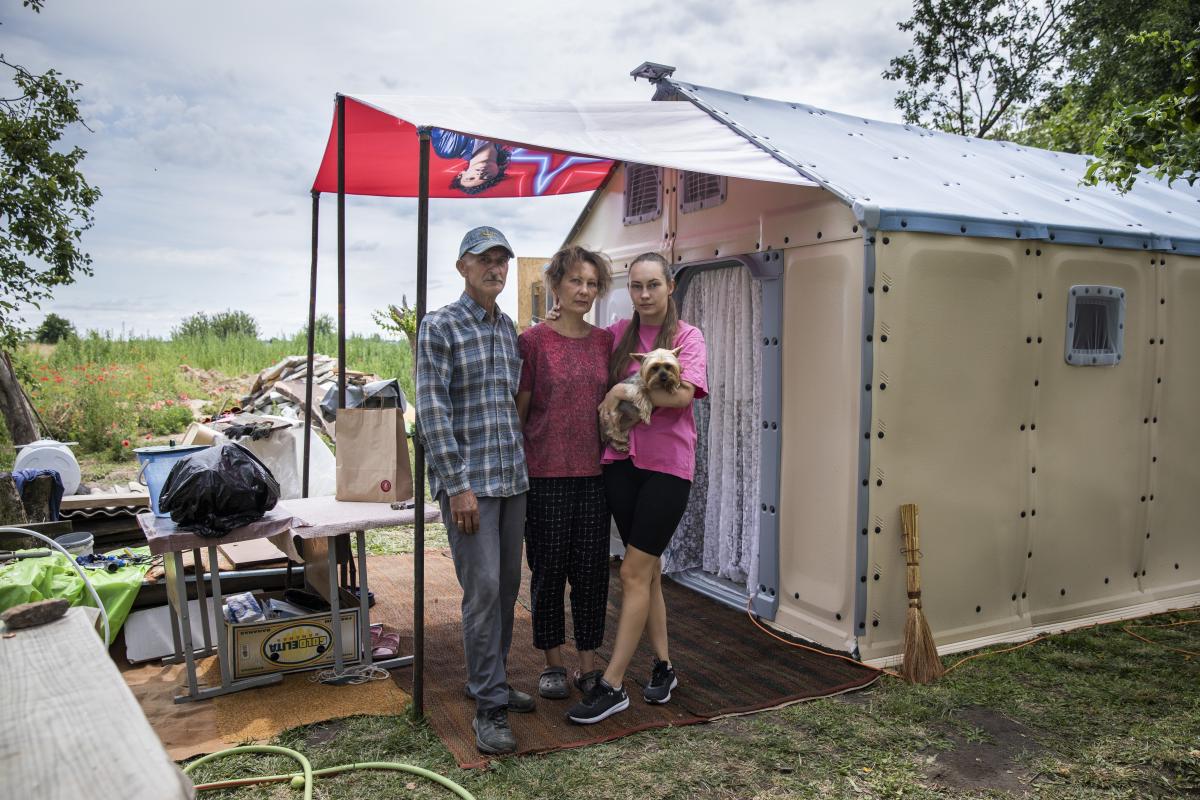 Oksana, Yurii and their daughter live in a UNHCR shelter since their house was hit by missiles. © UNHCR/Andrew McConnell
What is most needed to support displaced people and people affected by the war this winter?

Everyone in Ukraine knows that they need to be well prepared for the winter season, which starts in mid-October and lasts until mid to late April, but with the scale of destruction, it will be very difficult.

A safe and warm home is a basic need of every human being. That is especially true in the winter, when people can become very ill or even die if exposed to the cold weather conditions. So housing is one of the biggest priorities to save lives.

To learn more about the situation in Ukraine, visit: