The Horn of Africa region is currently going through its worst drought in over 40 years. An unprecedented four failed rainy seasons and a fifth one on the horizon has already killed millions of livestock, destroyed crops and forced millions to flee their homes. The situation on the ground is reaching a breaking point as close to 20 million people are facing the threat of famine.

Since the beginning of the drought in 2021, over a million people have been forced to leave their homes behind in Somalia. The country is considered the second most vulnerable in the world in the face of climate change, and it is its population which is carrying the burden. As cattle are dying out, and water wells dry up, people have no other choice than to leave everything behind to survive. Mohamed Abdi, NRC's Country Director in Somalia, underlines the urgency of the situation:

This 1 million milestone serves as a massive alarm bell for Somalia. Starvation is now haunting the entire country. We are seeing more and more families forced to leave everything behind because there is no water or food left in their villages. Aid funding urgently needs to be ramped up before it is too late. 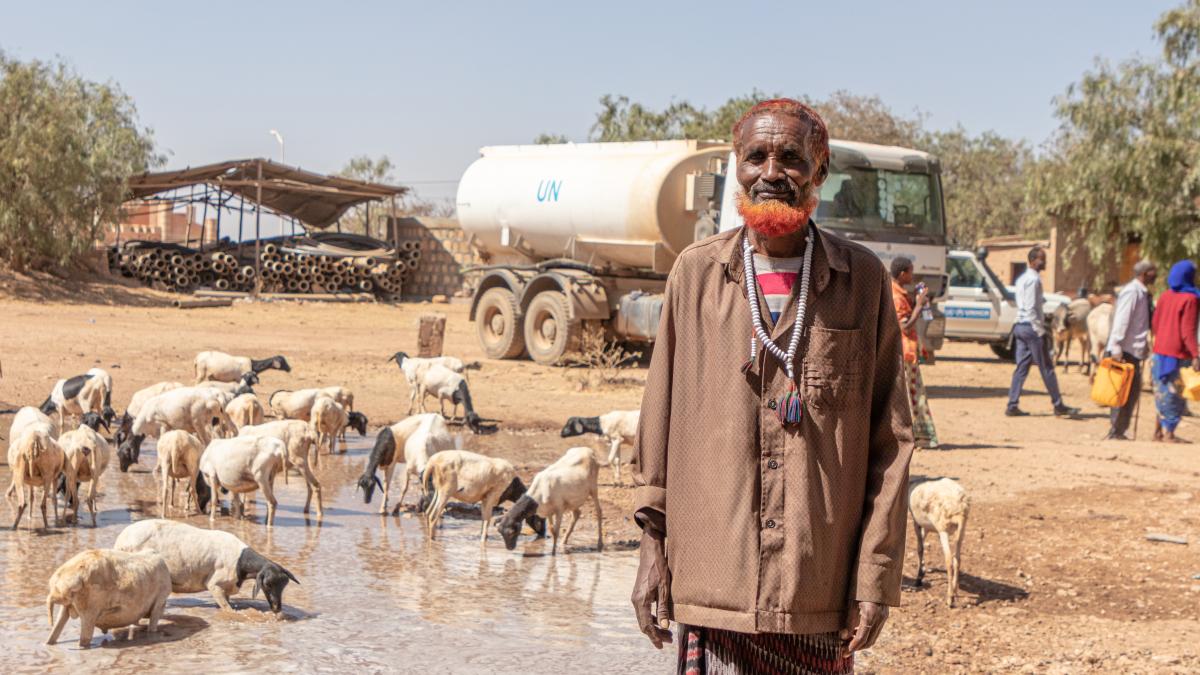 Millions of people and their livestock depend on humanitarian aid to survive. © UNHCR/Eugene Sibomana

Locally referred to as “the unseen”, this drought is unlike any that people in the region have experienced. Consecutive failed rainy seasons have dimmed the perspectives of survival for millions. Entire families have seen their crops and livestock reach a point of no return, ravaged by the heat. Hussein, an elderly father of eight, recently arrived at a camp for displaced people with his family in another part of Somalia, and sheds the light on the difficult conditions there too:

The people left behind, they have no chance, it is just a matter of time until they die. Even here we might die because we have nothing.

UNHCR has been operating for decades in the region, but the current scale of the crisis puts a strain on the agency’s capacity to respond to the needs of everyone. A regional appeal has been launched in June to respond to the crisis, for which over CHF 40 million are needed. The funds are critically needed to respond to the most urgent needs in Ethiopia, Somalia, and northern Kenya. Although the imminent prospect of famine is looming, funding for life-saving programmes in the region is among the lowest. Without a clear response from the international community, the lives of millions will continue to live under the threat of hunger:

Vulnerable communities are the hardest hit by the effects of the climate crisis, leaving many families unprotected and increasing displacement. The Somalia situation was already one of the most underfunded before this latest crisis. While we and humanitarian partners are doing what we can to respond, we simply have insufficient resources. The international community must step up to save lives and support this humanitarian response.

said Magatte Guisse, UNHCR’s Representative in Somalia. Governments must take the necessary action to respond to this looming disaster. Everyone, however, can play their part. Be it by raising awareness, or contributing to the emergency funding of this crisis, each support is valuable.