June 20 marks World Refugee Day, a day dedicated to the millions of refugees, internally displaced persons, and stateless people around the world. This day honours the strength and courage of people who have been forced to flee their home countries to escape conflict or persecution. It is also around this date that, each year, UNHCR, the UN Refugee Agency, publishes the annual Global Trends Report.

For several years, the exponential and continuous increase in global forced displacement trends has overshadowed this day of celebration, and, once again, confirms the gravity of the situation.

While addressing the near 3 million increase in the number of displaced people in this past year, Filippo Grandi, the United Nations High Commissioner for Refugees, highlighted the seriousness of the situation given the unusual year that was 2020:

These forced displacements, which have been steadily increasing for nine years now, often present a challenge to the countries hosting the refugees. Indeed, 73% of refugees today live in countries neighbouring the one they fled. For example, Turkey is now the largest host country with a total of 3.7 million refugees on its territory, the vast majority of whom fled the war in Syria.

In Jordan, 1 in 15 people are refugees, and in Lebanon the ratio is 1 in 8. This high proportion of refugees in these two countries is a testament to the devastation caused by the Syrian crisis: prospects for the return of millions of Syrian refugees are still bleak, even 10 years after the beginning of the conflict. One in 10 people on the island of Curaçao and 1 in 6 in Aruba are refugees who fled the situation in Venezuela. Today, nearly 4 million Venezuelans are displaced abroad. This represents 5% of the total number of forcibly displaced people in the world. 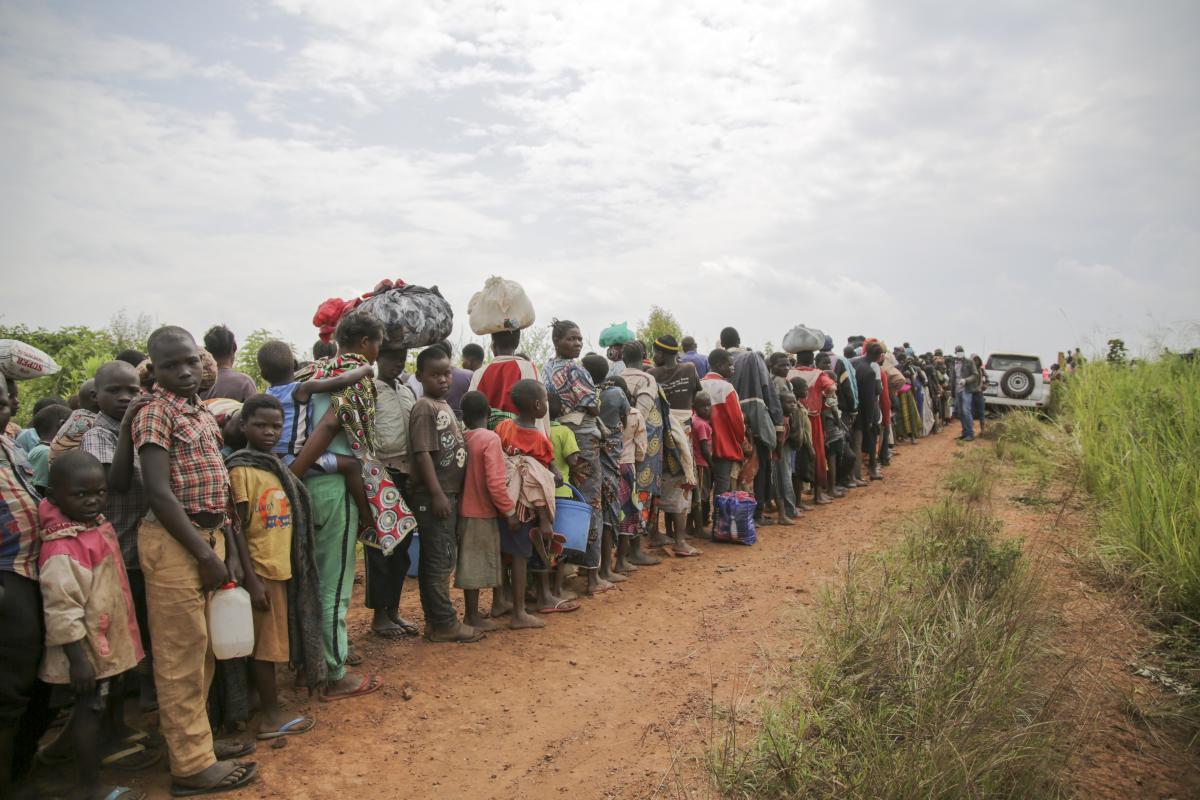 Refugees fleeing violence in the DRC to neighbouring Uganda line up for registration. UNHCR/Rocco Nuri
48
million internally displaced people, the highest number ever recorded
1 in 95
people are displaced worldwide
251,000
refugees were able to return home in 2020, 21% fewer than in 2019
4.2
million people worldwide are stateless

Forced displacement primarily affects the people who flee, and the trauma of the experience stays with them throughout their lives. But host communities are also put to the test to provide for the needs of these refugees or IDPs. This burden is further weighted by the fact that, in 2020, 86% of the world's displaced people took shelter in developing countries, where their prospects for a better life, further education, or access to employment are often poor.

The High Commissioner for refugees also stressed the need for rich countries to do more to address the causes of displacement, and not to engage in harmful rhetoric about refugees:

The rhetoric that we have heard from many governments, that refugees and migrants are bad people, that the only way to deal with them is to build a wall or push them back at sea, is not only morally abysmal and unacceptable, it is also profoundly useless, because in any case, these movements will continue until we address the root causes.

The global situation of forced displacement has reached a critical point. It is essential that political leaders become more committed to a peaceful world, and contribute to finding sustainable solutions for displaced people. Everyone can also help reverse this trend by standing up for refugees, internally displaced persons, and stateless people, by helping make the voices of the 82.4 million displaced people heard, and by supporting UNHCR in its mission.