Torrential rains and floods of unprecedented brutality and magnitude have caused destruction and death across Pakistan. Nearly 3 times the median volume of water fell in just a few days, submerging a third of the country. In total, no less than 33 million people are now affected by the consequences of this disaster, which has already claimed the lives of 1,200 people.

In addition, more than 300,000 houses have been completely destroyed, 650,000 other houses have been severely damaged and millions of people have lost their crops or their means of subsistence. Nearly one million hectares of agricultural land were irreversibly damaged, and more than 735,000 livestock were swept away. The impact on the country is enormous, and a state of natural disaster has been declared in 66 districts of the country, of which Pakistan has 160. Infrastructure damage to roads and other communications networks is complicating the response to this crisis. 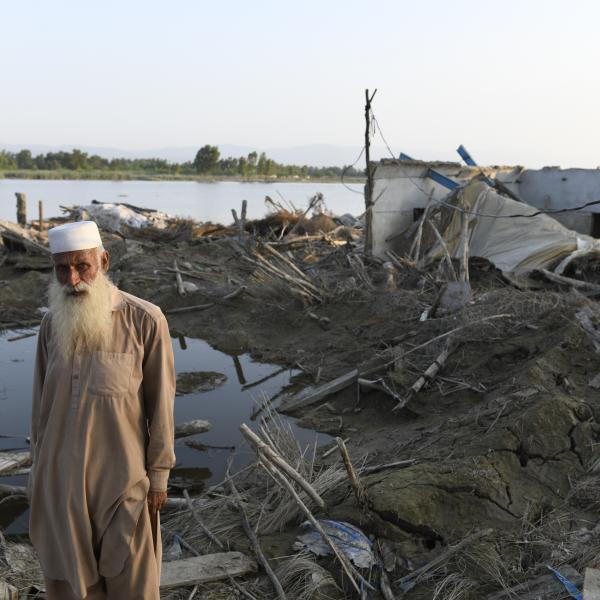 Pakistan is one of the world's top refugee-hosting countries. Neighbouring Afghanistan, the country has always kept its borders open for those forced to flee wars over the past 40 years. Today, more than 1.3 million Afghan refugees live there. This part of the population, who arrived with nothing, is generally well integrated into the local economy and communities but remains vulnerable to crises.

The unprecedented floods that swept through the country affected the majority of Afghan refugees, swallowing up what little property they had or were able to rebuild. Carrying away shelter, food and many other possessions in their wake, the floods have sent many refugees on the road to exile, once again fleeing to find a home and start afresh. 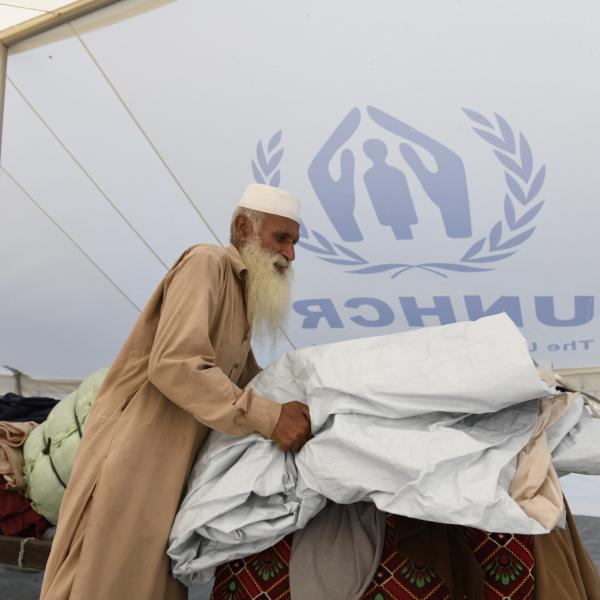 What UNHCR is doing

Following the devastation caused by the rains and flooding over the past few days, UNHCR immediately deployed its emergency response by sending in essential supplies: shelter, food and rebuild a semblance of normality. It is vital for UNHCR to support both the refugee population in Pakistan and the host community, as the well-being of the former also depends on the latter.

UNHCR is also calling on the international community to invest heavily in the emergency response to this natural disaster. Pakistan has low CO2 emissions, yet it is one of the most vulnerable countries to climate change. It is now more important than ever for the international community to show solidarity for the affected Pakistanis and Afghan refugees.