To mark the 70th anniversary of the signing of the 1971 Refugee Convention, Switzerland for UNHCR partnered with Hani Abbas to launch UNHCR’s first ever NFT (non-fungible token) collection. The collection was produced thanks to the technical expertise of qiibee, a Zug-based company; the iterations of the 7 original NFTs were produced by independent art director and cartoonist Andrea Scopetta. The sale’s proceeds will go to support the UN Refugee Agency’s work in Afghanistan and neighboring countries.

Hani Abbas, 44, was born and raised in Yarmouk, Syria, in a Palestinian refugee camp. The brutal conflict that broke out in Syria, in 2011, forced him and his family to leave everything behind and flee to Switzerland.

An internationally renowned cartoonist, Hani's work deals with topics he has experienced firsthand: injustice, loss, and the human cost of war. The artist is a member of Cartooning for Peace, a vast network of press illustrators advocating for human rights and democracy, alongside Chappatte, and others.

Hani’s work has been published in newspapers like Le Monde, in France, and Le Temps and La Liberté, in Switzerland. In 2014, Kofi Annan awarded him the International Editorial Cartoons Prize for his commitment. 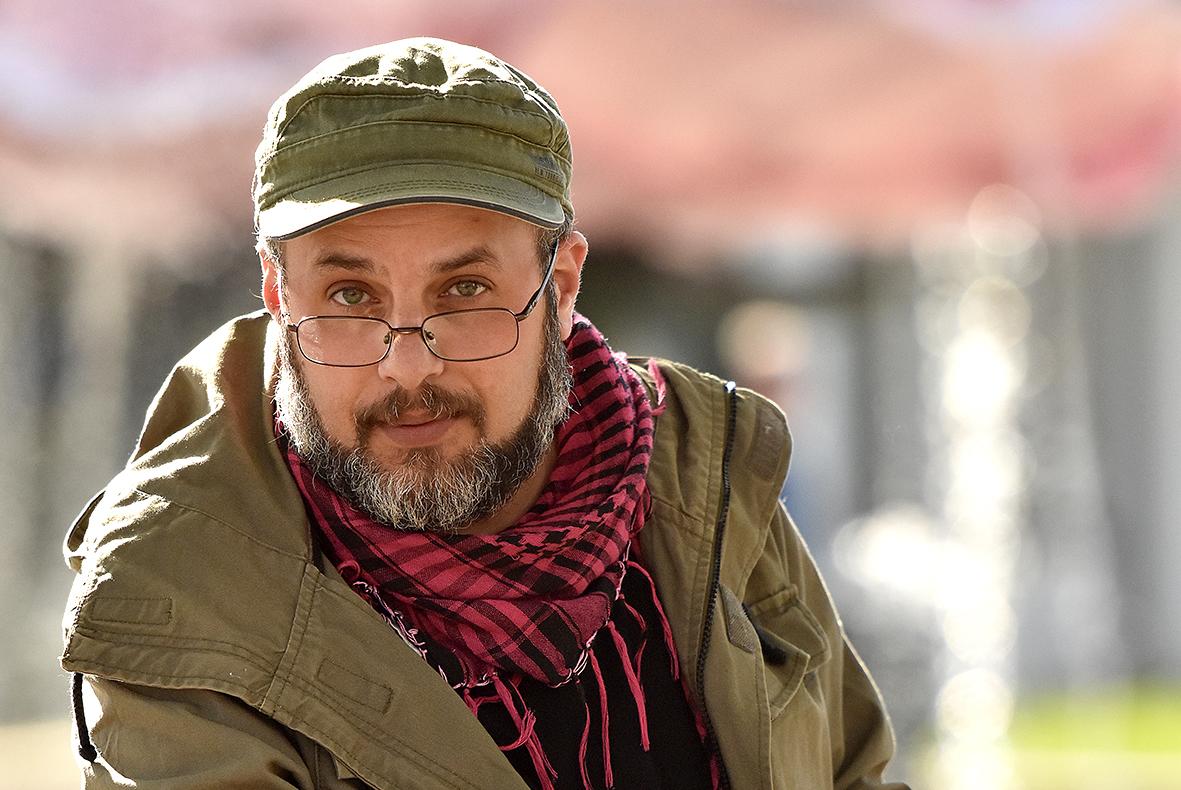 The theme of forced displacement is recurrent in the artworks of Hani Abbas, pictured here in Geneva. ©Hani Abbas
"Windows"

Hani Abbas knows all too well the trauma of war, the pain of having to leave one’s home, and the fear of the unknown in exile. But through his drawings, he is able to convey the hope that drives and guides refugees and internally displaced persons in their quest for safety. The "Windows" collection that he created for this event is a testament to the terrifying experiences refugees endure, but also to their resilience.

The main theme of this collection, the window, represents one’s outlook on the outside world, on one's country and its people. Seemingly insignificant at first, it connects people, it is a gateway to listening to and connecting with others. Most forcibly displaced people have lost their homes, and with them, the windows through which they were the witnesses of life unfolding.

To mark this NFT partnership, UNHCR's global website interviewed Hani Abbas about his background and his art. You can read the full article here.

The humanitarian crisis in Afghanistan has displaced more than 600,000 Afghans within the country since the beginning of the year. In neighboring Iran and Pakistan, there are more than 2 million refugees in total. The situation in Afghanistan has reached a critical point. Many people no longer have access to basic services, and a severe economic crisis is crippling the country. More and more people struggle to support themselves, and malnutrition rates are increasing rapidly.